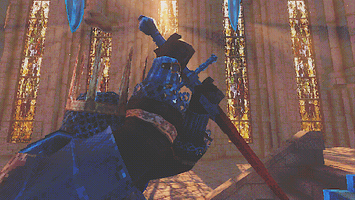 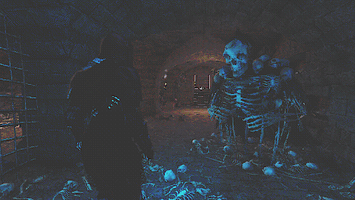 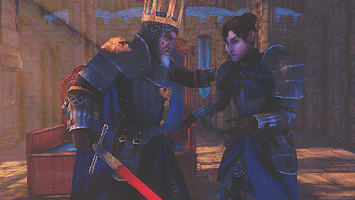 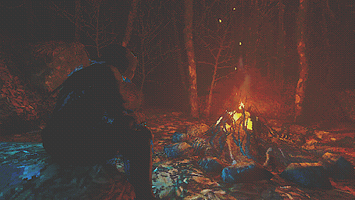 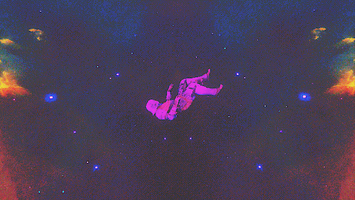 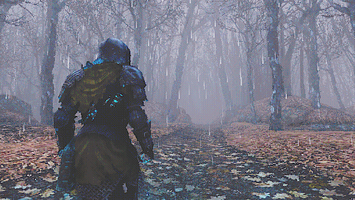 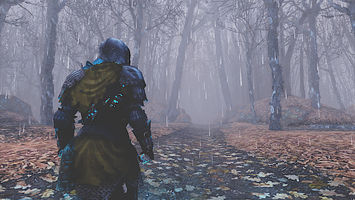 After plenty of delay and much ado, I have finally gotten my game project into a state where I would like to officially announce it! Introducing my adventure horror game Of Love and Eternity!

This project has been such a long time coming and even though this is the announcement, there is still a huge amount of work left to do. In fact, what I have available for download at the moment stands as more of a vertical slice or an alpha than a demo of the final game. It marks a large milestone for me where the game’s systems have been roughed in but there is still plenty of work ahead.

As much as I don’t like to admit, it’s been years that I’ve been working on this game. I haven't been working on the game for all that time but it has been cooking in my head since around 2017 or so. That time in my life was really tough; my girlfriend moved back to her country and I wasn’t getting enough work to stay in the apartment where we had lived together. Soon enough I returned home for the first time in years and started a long-distance relationship with my girlfriend.

Living apart put a lot of strain on the two of us and I was always afraid of our relationship fading away or something unthinkable happening to her while I couldn't be around to help. These feelings of fear and doubt suffocated me but in some strange way also inspired me. Over time, I found therapy in compiling those thoughts into a short story; a story of two lovers whose souls were separated and only by reuniting could they find rest. This story would eventually become the basis for Of Love and Eternity but would sit untouched for another year or so before I returned to the concept.

About a year later, I finally left the country to be with my girlfriend. I’m ashamed to think how long it took me to build up that courage but we have since gotten married and I couldn’t be more thankful for our life together. On top of that, the whole experience had given me an ending to my short story and the inspiration to begin this game project.

The biggest challenge of making this project has been learning all these new facets of game development that I never took part in before. As an artist primarily, developing the game’s systems has been a huge undertaking. Because of this, I moved a lot slower than I would have liked. If you can imagine, I was actually planning on releasing the full game by October 2020 but here we are in April 2021 and I merely have a short demo to share. I empathize with anyone who has been following this project for a while and feels underwhelmed with how small a taste the demo is.

However, with all the systems implemented as they are, I can see progress being made at a much nicer rate in the future. Before I began work on this vertical slice, I had actually been blasting through all the art assets I would need for the following eight or nine areas of the game. There is so much content already made that hasn’t been seen yet, and now that I’m not just focusing on getting the game to run, I can easily put levels together at a quicker pace.

Of Love and Eternity is still in an early state but I hope that this vertical slice conveys enough of my vision to capture people's imagination or at least get them interested in the future of the project.

Get Of Love and Eternity

Of Love and Eternity

This looks fantastic, I'm really excited to see where you take it!

This looks very interesting. It showed up in an email from itch.